NDR INFRA PLANS TO MONETISE 3000 ACRES TO BEEF UP PORTFOLIO 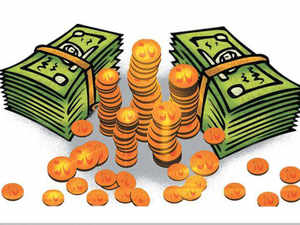 Bengaluru: Chennai headquartered warehousing company, NDR infrastructure, plans to monetise over 3000 acres of land parcels across major cities to beef up its portfolio.

The firm plans to set up 20mn sft of warehousing space across the country, with a total investment of about Rs 5000 crore over the next five years.

“Since we already have land, the idea is to raise a mix of private equity and ECB money to fund the development. This could be as much as 90% of the total development cost either as platform deal or at project level,” Naidu Adikesavulu Reddy Chairman NDR Infrastructure said.

Anarock Properties consultant is advising the company on fund raising.

The warehousing sector is likely to attract significant investments, say experts. Structural reforms, including the awarding of infrastructure status and the implementation of Goods and Services Act, have bolstered demand for logistics and warehousing space in the country.

>According to JLL India report, the country has seen investments close to Rs 50,000 crore for creation of warehousing facilities across India between 2018 and 2020. This investment comes on the back of nearly Rs 10,000 crore being invested in 2017.

NDR Infrastructure has identified about 11 locations to be developed over the next five years. Each of these are over 100 acres. The first two facilities in the pipeline are at Ennore, Tamil Nadu (4 kms from Ennore Port) and Kelavali, Mumbai (between Karjat and Khopoli), having leasable areas of 2 mn sft each.

“In both of these places, we envisage developing Free Trade Warehousing Zones (FTWZ), which are regulated under the SEZ Act. For Ennore, we have an in-principle FTWZ license, and for Mumbai, our FTWZ approval is underway,” said Reddy.

Last year, the group company, Continental Warehousing, one of the largest companies in the logistics sector in India, was sold to Dubai Port for a $400 million enterprise valuation.